Canada might not be the cheapest destination in the world and it’s certainly not the hottest, but when it comes to awe inspiring scenery, the ridiculously large country is pretty hard to beat.

Throw in a few cosmopolitan and sky scraper laden cities and you have a tourist destination that should be on everybody’s bucket list. Should you be considering heading North, here are five reasons to find yourself in Canada in 2012.

The Skyscrapers in Toronto 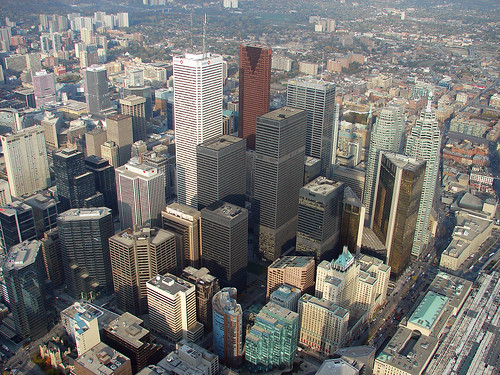 If you love the tall buildings of New York but not the random street shootings, Toronto is likely to be right up your alley. It’s skyline is awe inspiring, it’s people cosmopolitan and it’s nightlife options both endless and hectic.

In many ways, it offers all of the thrills of New York but in a much cleaner, and significantly safer, package. There’s a reason that it’s often described as a French version of the Big Apple.

END_OF_DOCUMENT_TOKEN_TO_BE_REPLACED

Toronto is the largest city in Canada and the city is a famous commercial hub with various attractions as well as interesting places for tourists and visitors to go to when they are in the city. Among the special feature of Toronto is the historical Yonge Street, a famous tourist attraction which also happens to be the longest street in the world. For those who are looking to visit this famous attraction, they can consider reserving a room at the various Toronto hotels that are available in the city.

Apart from these places, Toronto is also famous for the various cuisines that you can get in the city. This is evident from the large number of famous Toronto restaurants that people would love to go to in order to get a taste of famous Toronto foods. The CN Tower revolving restaurant is also another attraction that is available only in Toronto and one can dine in the restaurant while enjoying the scenic view of the city. The tower itself dominates the Toronto skyline which makes it an impressive place in itself for tourists to visit.