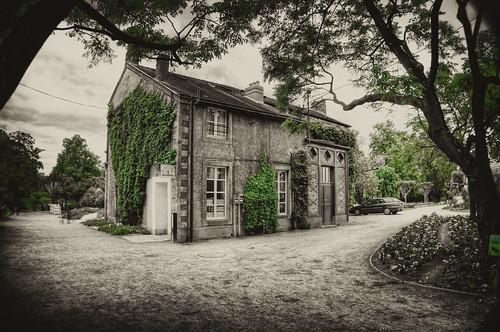 Most of us don’t get too many holidays. We’re lucky if we can get away for two weeks per year. In between each holiday we endure some tough times. Some days are so hard we end up going to bed early because the stress is too much to take. When your special time arrives you have to make it count. There’s no point having a tough year and going somewhere you don’t even want to be. Lots of us end up going back to the same places because we are comfortable there. Some of us don’t even leave the country.

There’s more to the world than you will ever get the chance to experience. There’s more things out there to do than walking through a city, or lying next to a swimming pool. This year you should think long and hard about something that you’d love to do. Maybe something that’s a bit different and you hadn’t even thought about in the past. Here’s a few ideas to look over and see if any set your imagination on fire. Perhaps one of them might just be what you were looking for.

Instead of taking it easy at a cottage somewhere you could be hitting the slopes of some snowy mountain. There’s plenty of places around the world that have amazing ski resorts that are the equivalent of their beach counterparts. You can go skiing every single day and when you’re done there is plenty of restaurants and bars to keep you occupied well into the night. Obviously you will have to love the cold because spending a few weeks skiing means you’re going to have a few more layers of clothing on than you’d have at the beach. But it’s definitely packed with excitement.

Beach resorts are probably the most popular choice. It’s here that you get to spend the whole day lying around in your swimming costume and catching some rays. If you’re at the right beach you might even be able to spend your days surfing or snorkeling. This time you won’t have to wear a jacket to go out for a meal because it will be nice and warm. Spend the rest of the night laughing into your cocktail glass and go to bed. This type of holiday is mostly for people who want to do nothing, which is sometimes the best way to spend your time.

One that most people wouldn’t think of is going on holiday to take a course. Maybe you like cooking and you could go on holiday to do a proper cooking course. You might hate anything to do with cooking and that idea would sound like torture, but if you love it then it will be your best holiday ever. There’s hundreds of different things you can do. Go somewhere and learn a language. What about a national pastime like Thai Boxing or Argentinean Salsa? There’s stuff going on somewhere in the world that you’d want to take part in.

Put on your walking shoes

Hiking is one of those things people like to do at the weekend, but they don’t realize they can travel to a different country and take part in some of the greatest hikes in the world. You can do it in the snow, the rain, the boiling sun. At night you still get to sleep under the stars in your tent and cook food over a campfire. Just because you’re going to be walking a lot doesn’t make it any less of a holiday. Sometimes it’s much more tiring lying at the beach.

In some places it’s not uncommon to stay there for less than a few days. One example is cities in Europe. You’d probably not want to spend more than a few days in each one, but you definitely don’t have to. There’s nothing wrong with jumping on a train and traveling to a different city every few days. You obviously won’t be able to do this everywhere because they are too far apart, but in Eastern and Western Europe it’s definitely the best thing to do. You’ll get to try all the local delicacies and see all the special delights in one trip.

About the author: The article is written by Elizabeth Corris, who loves to travel and shares her amazing experiences through guest posts. She suggests visiting Leo Trippi, an European travel agency, to plan the perfect Skiing holidays.